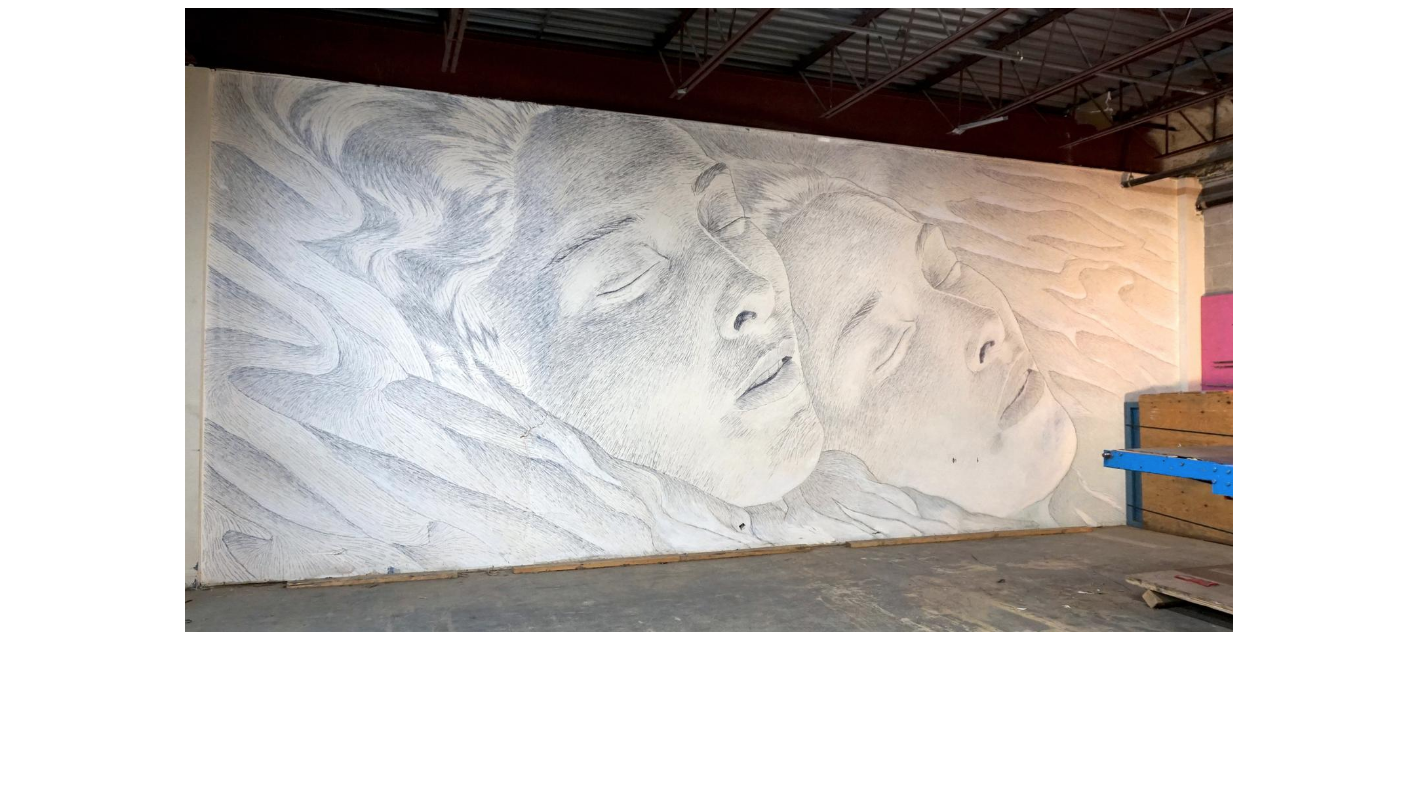 “I do my research around women. The female sex is often portrayed in a context of overabundance of bodies.

These clusters of humans are deconstructed and decontextualized. They are usually juxtaposed with other types of images, which creates friction between the bodies and the sporadic “intruders”.

Whether by fragmentation, superimposition or juxtaposition, I like to mix genres by confronting them with the human figure. The result is a reinterpretation of the female subject with a very personal mix of themes, genres and textures. Whether with pop-culture images, or simply to bring out the organic side of painting, the intertwining of different types of images shapes my creation.

I define myself as a researcher, a fan of painting, and that’s what I’m currently devoting my life to.”

Nicolas observes the hypersexualization, individualism and gamification of the consumption of human relations. Everything is digitized in a world filled with irony and paradox in which the meaning of his life is buried and disappears. The essence of the artist’s works is to put the emphasis back on what really matters: fulfilling oneself in order to be happy, regardless of the label that has been stuck on us by our human condition. In a contemporary and surreal style, his art balances on a fine line filled with dreams and hope.

An artist with strong museum potential, with a career already well established for his young age. A natural entrepreneur with a powerful life energy, he will not stop surprising us over the next few years. Nicolas Craig’s creative process is built first on the basis of a search for lettering, then independently of the paintings, the term chosen takes up more or less space. The importance he attaches to words and letters comes, according to him, from the beginnings of his introduction to the subject: graffiti.

Since his youth, he has maintained a certain fantasy of women, first by idealizing her and then by drawing her, which makes it possible to create a material form of this fantasy. “You try to materialize this fantasy as the culture around you shows you” . Then growing up, he quickly realized the diversity of female body shapes, which later in his career promulgated an attraction for male bodies. Through the staging of the bodies he draws, a bond is created between the man and the woman but also bonds that can sometimes be homosexual.

Most of his paintings, which represent naked women, are an echo as well as a criticism of the use of the image of female bodies to sell objects or services in many industries, in particular in the very popular music videos. of the 2000s.

His creative search has allowed him to open his mind as to how to perceive the world around him. It is not a question for him of having a binary view of society, but of also knowing how to grasp the underlying nuance in the situations he encounters.

Also, the choice of the titles of his works are linked to musical compositions that he listens to during the realization of his paintings but also to the titles of books that he particularly appreciated.

Pictorial research and inner quest are Nicolas Craig’s watchwords. Everything will depend on the subjects, but its emblematic element remains exploration.

“We dig in the catacombs of the soul”.

Report to the world

According to him, although it is not his primary desire, his art also has a political dimension. With regard to the social and personal aspect, the challenge of his work is not to be attached to one or more social causes, but rather is the fruit of a reflexive flow through which resonates the meaning he attributes to his work. At the crossroads between pictorial and figurative research, he brings in through his research of subjects, a form of juxtaposition of which he particularly appreciates the paradoxical confrontation [1].

For example, one of the ideas components of his work is to mix “positive” lettering and “negative” facial expression. It is in this that he creates a contrast inviting the viewer to question the emotions that can be apprehended as contradictions in the hearts of men. As Erving Koffman wrote, it is a question through his artistic perspective of highlighting the notion of the mask. In other words, what you have to show is who you really are and avoid the knots that you can create in your psyche: cognitive dissonances.

By following the guideline of his works, we can thus grasp the subtlety with which a message is addressed to the viewer, positioning the interlocutor at the very heart of the contradiction.

“Our soul is twisted by the projection we would like to make of ourselves in society. We are often entangled in the life choices we make. We often become full of paradoxes.”