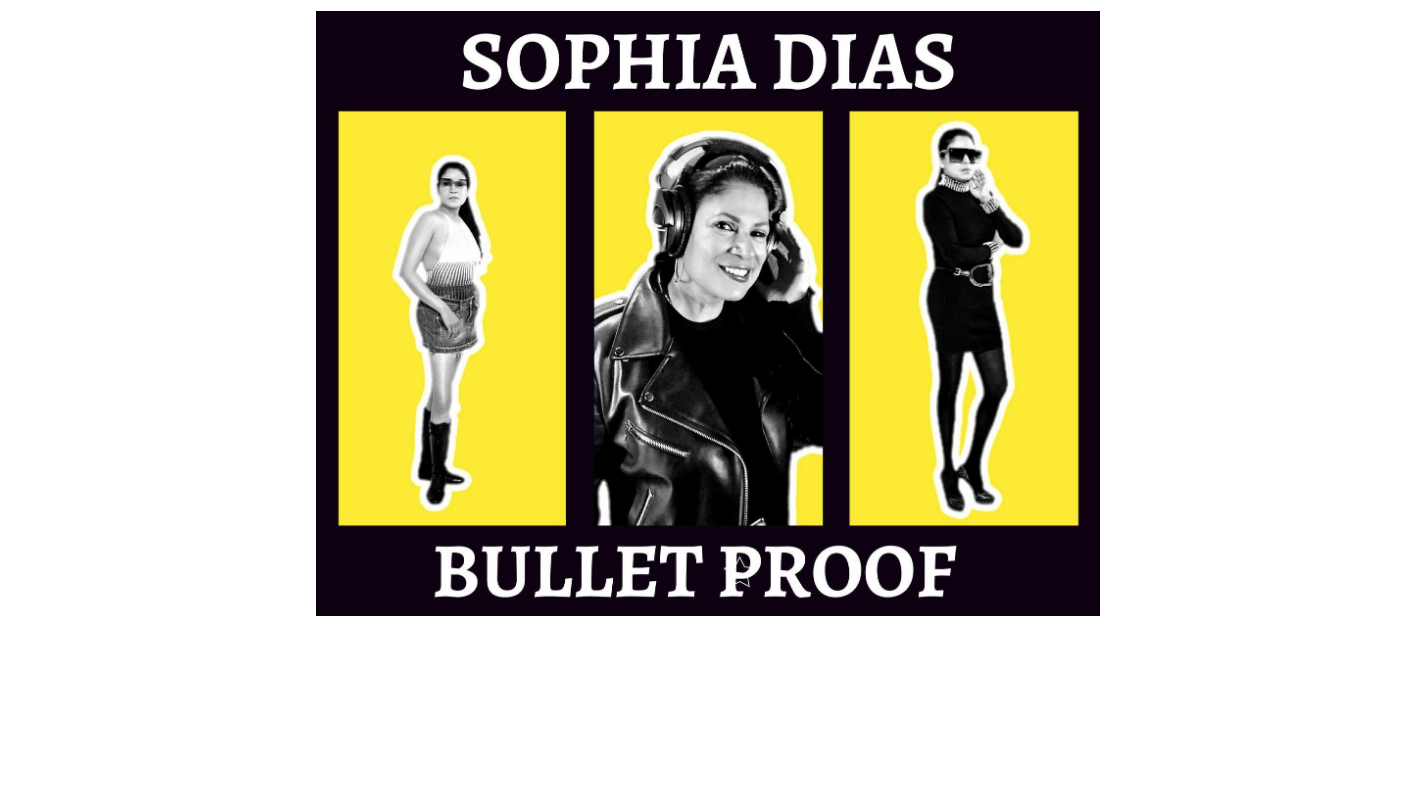 Released in December 2022, a collection of seven songs, each telling a real-life story of its own, a journey of hope for the relatable listeners in seek of a helping hand, Sophia Dias effortlessly shines through her voice, the pain of which is felt by the listeners, each lyric, each tune is carefully put together to produce something like never experimented before in the music industry. ‘Bullet-Proof’ is here to live rent-free in our minds and hearts, always and forever. Celebrating the success of the well-deserved album and a new era in the music industry.

The inspirational journey of Sophia Dias provides a whole new meaning to her album; it connects personally with the listeners, with the survivors, with the ones in the hope to survive, and the ones who think they can’t survive; something in it for everyone makes it a complete package. It comes as an instant partner in the sorrow of many and provides the light of joy. ‘Bullet-Proof, Ghetto Arms, Unfuckwittable, Sara Room 3010, Stronger Than Before, Unplugged and Why’ all songs were recorded at the famed Tuff Gong Studios in Jamaica. Sophia, in particular, is fond of Jamaican culture and music, which has been reflected in her songs. Bullet-Proof was made possible by the likes of renowned Jamaican producer Clive Hunt and the saxophonist Dean Fraser also collaborated with her for one of the album’s songs.

‘When I look back at my journey, it all seems too good to be true, if I were to recreate the trajectory of my success, I might not be able to, it has been destiny and faith, to believe in yourself is the key, and I am happy to be providing many people with it’ Sophia shared at the launch event of her album. Also a philanthropist, an author, a fashion designer and a chef, she actively advocates for women’s rights, speaks against domestic violence and calls for reforming the laws to protect women. She recalls designing sunglasses and clothing, the sale profit of which was given to ‘Madonna House’ based in Chicago. She is creative and eager to expand her horizons and dimensions of work; resilience is how she describes her personality.

Sophia Dias was born to a Portuguese father and an Indian mother in the tourist city of Goa in India. Living in many parts of the world, she credits the sheer amount of exposure as the driving force to her success; she also incorporates the different cultures and ways of life into her work through designing and singing. Exploring her love for music, she found a keen interest in creating Reggae music, a Jamaican speciality, inspired by the life of the legendary Reggae icon Bob Marley, through which her connection with Jamaican grew closer and more personal; she calls it her second home. She also draws inspiration from Fela Kuti and Miles Davis, her school-time favourites. She now resides in Chicago, Illinois.

Sophia wishes to make every little difference with her efforts; she also wrote her autobiography, taking people on her journey of hardship and challenges from which she grew stronger than ever. The book was written to motivate many other women who go through difficult times they think they can never go through.

Sophia is celebrating her album’s success, which she has invited all her fans to join in every possible way. For 2023 she has exciting projects in which she promised to surprise her fans with something new. To purchase her autobiography, please visit Blindée Preuve: Sophia Dias: 9798210493118: Amazon.com. Listen to her album Bullet-Proof Album By Sophia Dias.