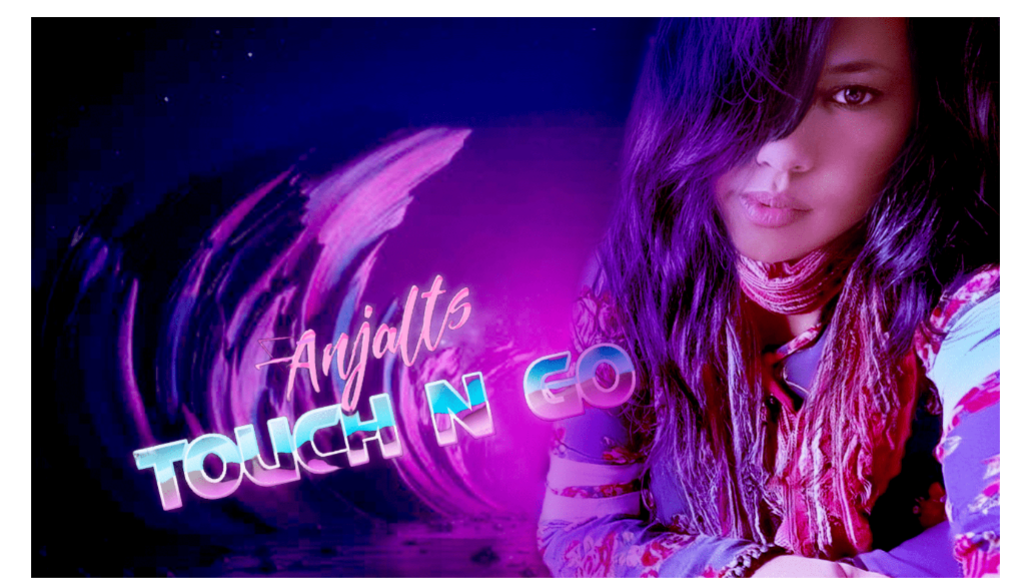 New York – Waiting for a taxi in New York chilly winter afternoon is a workout. I walk a few blocks to my diner cafe to grab some hot chocolate just because my coffee binge intake has already capped pass too much caffeine. I remembered when this diner use to be packed, before the world changed after vaccines, masks,  and making it through another day.

Waiting, I pass the time streaming some new music on my Release Radar playlist and I’m skipping pass the playlists as if my thumb was on an automatic roll every 25 secs and then a pause:

Listening to an airy, ethereal-like voice that begins to sing the words “Touch N’Go.” What is this? it’s melodic, it’s new, it’s a vibrant seraphic sound from a rising songster and producer  “Anjalts.” I have learned it’s pronounced Angeles, like my favorite city. But, my tired brain cells just got a zap of electric life from an altered reality that I hit the replay button again.  And I googled ‘Anjalts’ and although there isn’t much written about this quintessential persona emerging on the horizon. I have since learned that she writes all her music and plays every instruments in her songs, including mixing and refining a kaleidoscopic variance in her distinctive song arrangements.

The “Anjalts sound” is contagious and unpredictable at best. What resonates more in her music is this nostalgic creativity to some of the great songwriters and performers like Paul McCartney, Prince, the eclectic originality of Neo jazz feels of Sade & fused in some space odyssey of David Bowie and some magnetic producers like J Dilla, Timberland and Missy Elliott and maybe you will get a directional stance on this futuristic musician.

Still, I don’t think it’s possible to pin down Anjalts artistry or maybe,  it’s still too early to tell yet. But I’m optimistic, with only 6 songs at the helm, Anjalts continues to prove that she has what it takes to consistently write and perform her own music including a collection of songs unreleased and in her digital store-box completely finished. A young female producer rising on the music sphere with a mischievous, prolific and playful musical style that naturally gravitates to a refreshing converse of improvised music from the ground up. Fusing some unquantized and creative improvisations, Anjalts melodies vibrates and soothes with catchy hooks and vocalic lyrics that resonates above the digital clangor. “Music is so eclectic these days and variety is good when the songwriting is good, says Acen Sinclair, IXOmusic Management. “Even if it appears as if music seems to be so diverse as listening to shouts or stimulating beats to maybe some heavy metal. It’s a streaming megalithic turnover of discovering other rising talent and a creator of melodies like Anjalts. And, I think that contrast is good and should be there as an alternative choice for music lovers to find. There is always something for everyone out there and most listeners immediately connect to the ‘feels’ of Anjalts (6) songs now live on most streaming platforms. Her highly anticipated 12 song album titled ‘Air to Fire’ project will see the light of day early in 2022.

Anjalts latest single, ‘Touch N’Go,’ was first announced on her Instagram account (@anjalts) and syncs up with her beloved ‘star’ fans gathering to hear her music.”

Aaron Steinman has written for many popular music blogs. A professional journalist/writer Scouting the worldwide web to discover the “best of the best”  musicians, artists, bands that share one thing in common “Originality.”